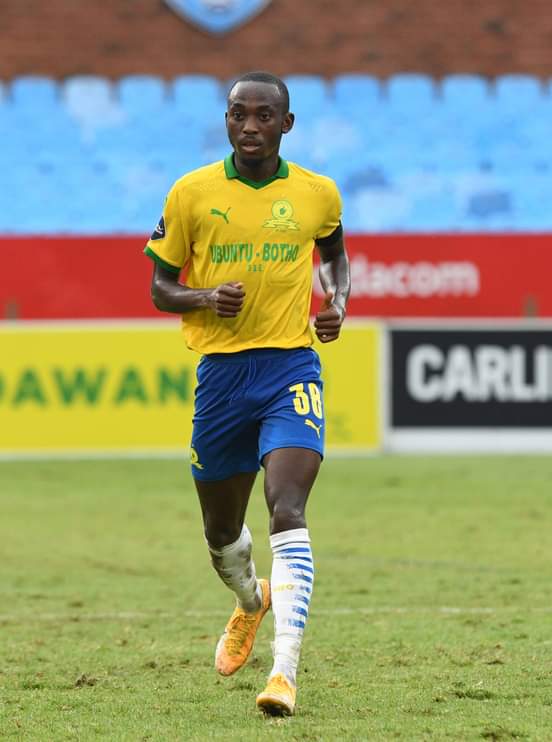 Mamelodi Sundowns striker Peter Shalulile was the biggest winner at the Premier Soccer League (PSL) awards on Sunday evening.
Shalulile walked away with the PSL Footballer of the Season and Player’s Player of the Season awards after scoring 20 goals across all competitions this past term.
The Namibian beat his Sundowns teammate Themba Zwane and Maritzburg United striker Thabiso Kutumela in both categories.
“I would like to thank the Mamelodi Sundowns family, my teammates, the coaches and the people who brought me Sundowns. Thank you God,” Shalulile said.
Meanwhile, AmaZulu mentor Benni McCarthy won the Coach of the Season award beating Lamontville Golden Arrows’ Mandla Ncikazi as well as Sundowns co-coaches Manqoba Mngqithi and Rulani Mokwena.