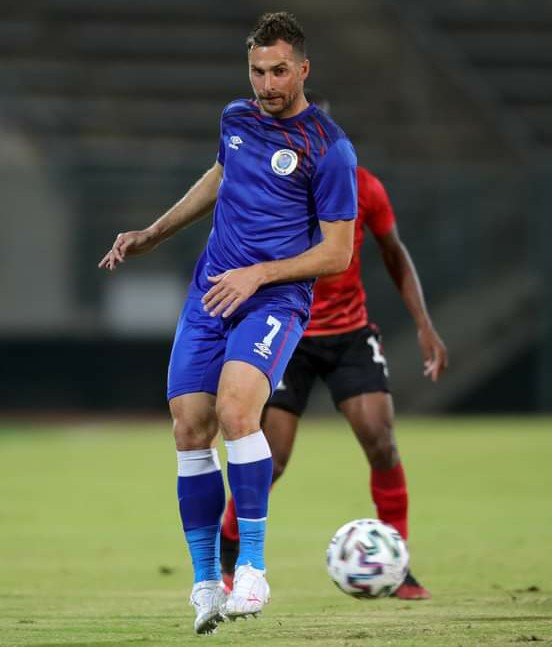 Last season’s top goalscorer Bradley Grobler has signed a two-year extension to his contract at SuperSport United.
The 33-year-old Grobler, whose father Les played for Moroka Swallows and Rangers, has signed with Matsatsantsa a Pitori until 2023.
Matsatsantsa chief executive officer Stanley Matthews said that he’s very happy with the latest developments.
“As our all-time leading goalscorer and current PSL Golden Boot, he is central to our attacking aspirations next season. He told me yesterday that he feels he can go past 20 goals next season and if you consider the games he missed this year then he has a real chance of doing that. He certainly is at the top of his game right now and has made us very proud with his achievements,” Matthews said.
Grobler started the past season with a bang, scoring in almost every game, but injuries put paid to his dreams of scoring more goals.
The Johannesburg-born Grobler, who once played for Platinum Stars, ended up scoring 16 goals in 26 matches last season.