BAFANA BAFANA DRAWN IN GROUP A 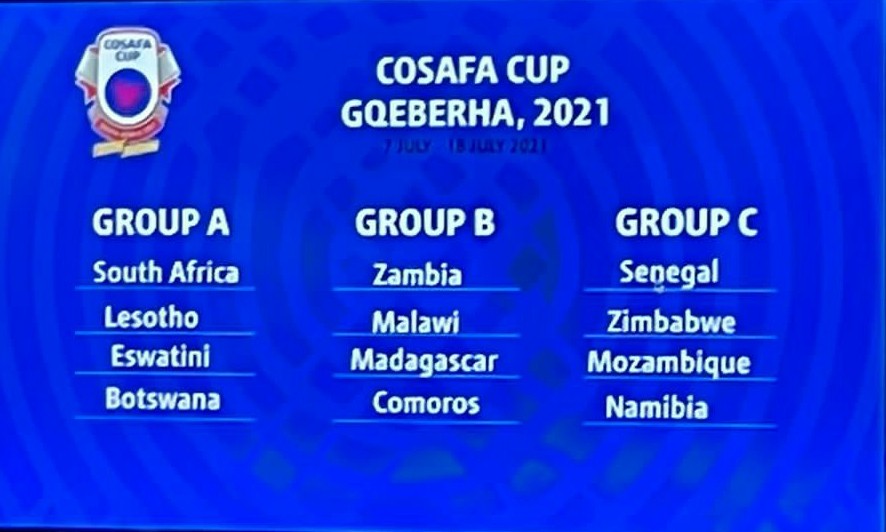 Bafana Bafana have been drawn against Lesotho, Eswatini and Botswana in Group A in the COSAFA Cup.
The draw for the 12 teams taking part in the tournament was held in Gqeberha on Thursday.
Six-time COSAFA Cup winners Zimbabwe face Senegal, Mozambique and Namibia in Group C while Zambia, who have won the tournament five times, are in Group B together with Malawi, Madagascar and Comoros.
Only the top three teams and the best runners-up will proceed to the semi-finals.
The tournament, which starts on 7 July and ends 11 days later, is going to be played in Gqeberha. This is the first time the Nelson Mandela Bay hosts this tournament. This event was cancelled last year because of the COVID-19 pandemic.