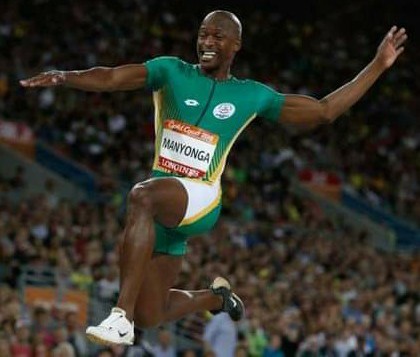 Olympic silver medallist and South African long jumper Luvo Manyonga has been banned for four years effective from 23 December 2020.
The African Integrity Unit (AIU) announced the ban on Friday after Mbekweni-born Manyonga failed to meet a whereabouts criteria three times in one year.
Manyonga, who won silver at the Rio Olympics in 2016, first failed to do a doping test in November 2019. He also failed to do other doping tests in April and October 2020.
This is the second time Manyonga gets banned as he got an 18 months ban in 2012 after he tested positive for tik.