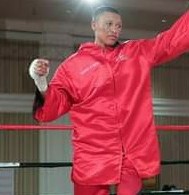 The boxing tournament, which was due to be held in Gqeberha on Sunday, 27 June, has been postponed to Saturday, 3 July.
This was confirmed by Nyusa Boxing Promotions boss Mbulelo Mfana. The tournament is going to be bankrolled by the Nelson Mandela Bay Metropolitan Municipality.
“We have postponed the tournament because of a number of things. We met with the municipality bosses on Thursday and we all agreed on the postponement,” Mfama said.
Top Gqeberha-based female boxer Nozipho Bell will clash with Ntombokuqala Tolashe from Cape Town.
Bell and Tolashe are going to fight for the vacant South African female junior-lightweight title at the Nangoza Jebe Hall in New Brighton, Gqeberha.
Initially, Bell was set to fight against Unathi Myekeni, but that duel failed to materialise. The fight promoters tried to pit her against Asandiswa Nxokwana, but that fight also failed to materialise.
Bell, a former SA junior-lightweight female champion outpointed Nxokwana at the Boardwalk Hotel Casino, Gqeberha, in April.
The tournament is going to be staged by a promotional quintet of Nyusa Boxing Promotions, Aphile Boxing Promotions, Silindokuhle Boxing Promotions, Universal Boxing Promotions and Shakes Boxing Promotions.
This tournament will also see a fight between World Boxing Federation (WBF) International mini-flyweight champion Thembani Okolo and Phumlani Maloni.
Meanwhile, former SA junior-flyweight titlist Luzuko Siyo will challenge WBF Africa bantamweight king Sanele Magwaza on the same bill.