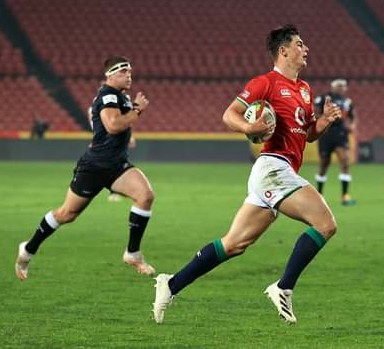 The British and Irish Lions continued to win on South African soil as they beat the Sharks 54-7 at the Emirates Airline Park in Johannesburg on Wednesday evening.
The visitors scored eight tries to the KwaZulu-Natal franchise’s only try.
Welshman Josh Adams, who played at fullback, was instrumental in the win scoring three tries. Adams scored three tries du ring their 56-14 win over the Xerox Lions at the same venue last Saturday.
South African-born Duhan van der Merwe also scored three tries against the Sharks.