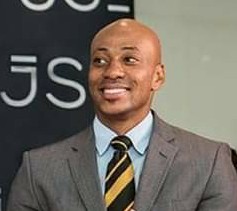 Kaizer Chiefs sporting director Kaizer Motaung Junior believes that playing in the CAF Champions League final is massive for Amakhosi.
Chiefs face Egyptian giants and defending champions Al Ahly in the final at Stade Mohammed V in Casablanca, Morocco, on Saturday (21h00).
“I think it’s a very historic occasion. Footballwise, this is a very, very important time,” Motaung Junior said.
“We have evolved our way of playing. To do that you have to be the best in your country, in the continent. The Champions League itself we stand with giants before us. No Khosi player or Khosi warrior has ever edged closer and put their foot in the Champions League final.”
Motaung Junior, who was elevated to his current position last month, added that playing in the Champions League final comes with added responsibility.
“I think this is a very unique opportunity for everyone. It comes with great responsibility,” he said.
“We are not just representing ourselves as a Khosi nation, we are actually representing the entire nation of South Africa. It’s a great honour. It’s gonna give us a great opportunity to learn from other fellow competitors, who have been engaged in high level in so many years.”