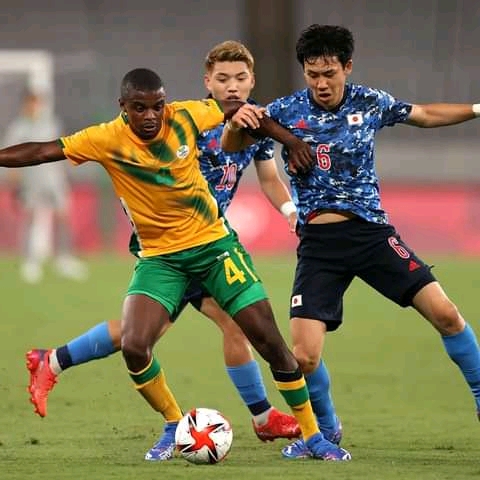 It was a bad start for the South African Under-23s at the Olympic Games in Japan as they went down 1-0 to the hosts at the Tokyo Stadium on Thursday afternoon.
The Japanese scored through 20-year-old Takefusa Kubo in the 71st minute. Real Madrid’s Kubo, who had a good game, turned South African defender Sibusiso Mabiliso before unleashing a powerful shot past goalkeeper Ronwen Williams.
Japan dominated from the first minute as they took the match to coach David Notoane’s boys. The Japanese thought they had scored when Daichi Hayashi netted in the 34th minute. However, the goal was disallowed for offside.
Williams made a number of critical saves during the match making sure that the South African Under-23s didn’t lose by a big margin.
The South Africans are going to play against France at the Saitana Stadium on Sunday.
Meanwhile, Mexico beat France 4-1 in another Group A match earlier on Thursday.