ANOTHER RECORD FOR SCHOENMAKER 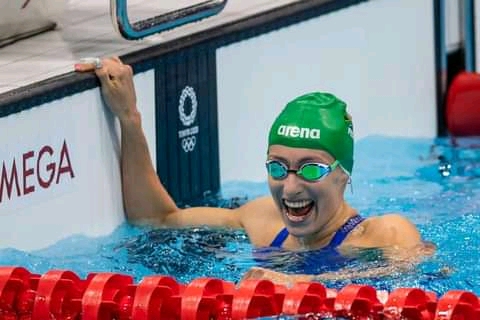 Tatjana Schoenmaker broke another Olympic record when she finished the 200-metre breaststroke heats in 2:19,16 at the Tokyo Olympics in Japan on Wednesday.
The 24-year-old Schoenmaker missed the world record by 0.05 seconds. Schoenmaker, who won a silver medal in the 100m breaststroke on Tuesday, is going to take part in the 200m breaststroke semi-finals at 04h54 on Thursday morning.