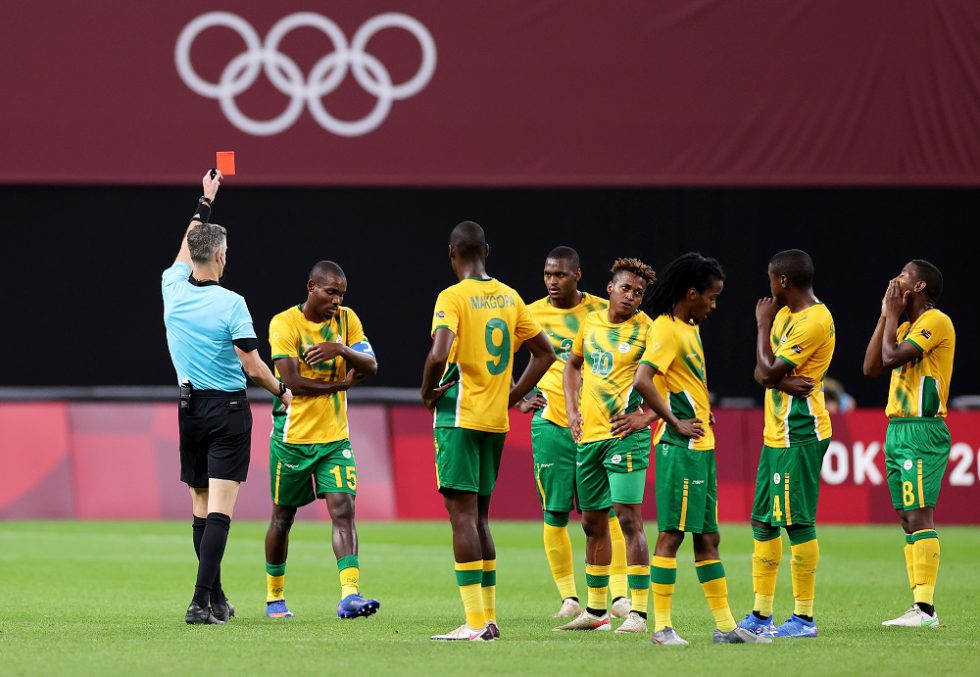 Things went from bad to worse for the South African Under-23 national team at the Tokyo Olympics in Japan.
The South African Under-23s got a 3-0 hiding from Mexico in their last Group A match played at the Sapporo Dome on Wednesday afternoon.
This means that coach David Notoane’s boys lost all their matches at the Olympics having been beaten 1-0 by the hosts Japan and 4-3 by France.
The Mexicans dominated throughout the match. Alexis Vega, Luis Romo and Henry Martin scored for the Central Americans.
Both South Africa and Mexico finished the match with 10 men. SA Under-23s captain Tercious Malepe was sent off in the 57th minute following a bad tackle on Martin while Carlos Rodriguez was given his marching orders in the 66th minute after he had pulled Luther Singh.