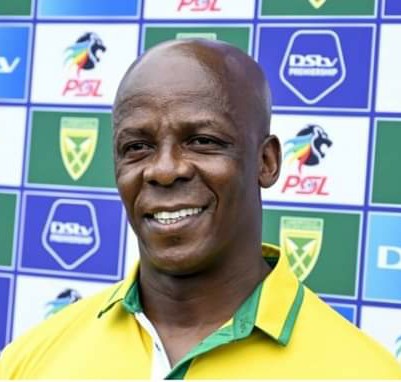 The addition of former Lamontville Golden Arrows coach Mandla Ncikazi to the Orlando Pirates technical team is going to help the Buccaneers see things in a better way.
This is the view of Pirates head coach Josef Zinnbauer as the Buccaneers are preparing for Sunday’s Carling Black Label Cup match against their arch-rivals at the Orlando Stadium in Soweto at 17h00.
Ncikazi shocked the South African football fraternity when he resigned from Arrows and joined Pirates a few days later. This was after Ncikazi had guided Abafana Bes’thende to a fourth-place finish last season.
“We are happy about the technical staff members. With coach Mandla, we got an experienced coach. He was head coach. We have more eyes on the field now. We have quality staff,” Zinnbauer remarked.
Ncikazi is the second assistant coach at Pirates with Fadlu Davids, who once coached Maritzburg United, having been there before him.
Meanwhile, Zinnbauer believes that they have assembled a strong squad, which is going to challenge for honours next season.
“We have a good squad. As a coach you want to win titles, especially for clubs like Pirates, Chiefs and Sundowns,” German-born Zinnbauer said.