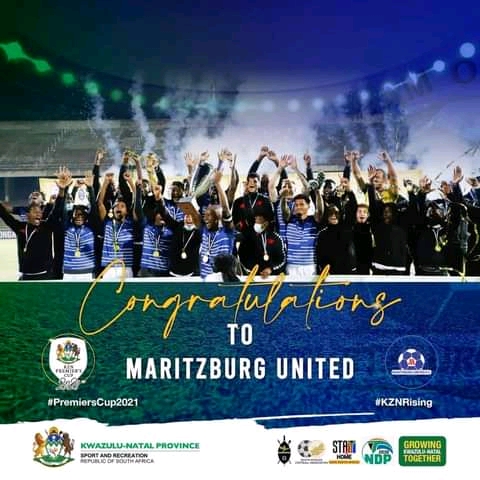 Maritzburg United won the KZN Premier’s Cup after they beat their provincial rivals AmaZulu 5-3 on penalties at the Chatsworth Stadium in Durban on Sunday evening.
The match went straight to penalties after the two club drew 2-2 in regulation time.
Richard Zumah and Zukile Kewuti scored for the Team of Choice in regulation time while Usuthu’s goals came from Tapelo Xoki and Sphelele Mthembu.
Before Sunday, the KwaZulu-Natal Midland club last won the Premier’s Cup in 2015.