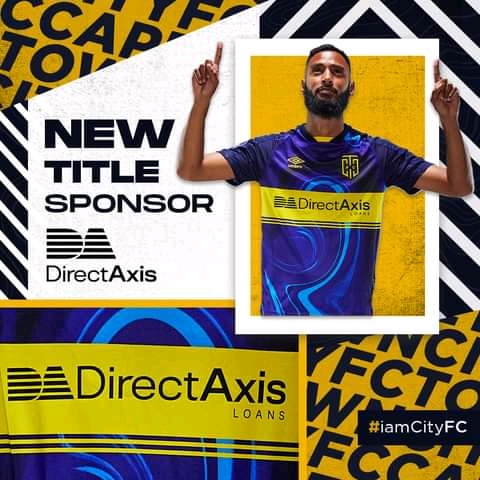 DStv Premiership side Cape Town City have announced DirectAxis Financial Services as their new title sponsor.
The partnership between the Citizens and DirectAxis was announced on Wednesday.
“We are delighted to announce DirectAxis as our new title sponsor, who we can now wear proudly on the front of our shirt. The relationship has grown tremendously over the last three years,” Citizens chairman John Comitis said.
The Citizens face AmaZulu in an MTN8 quarter-final match at the Moses Mabhida Stadium in Durban on Sunday (18h00).