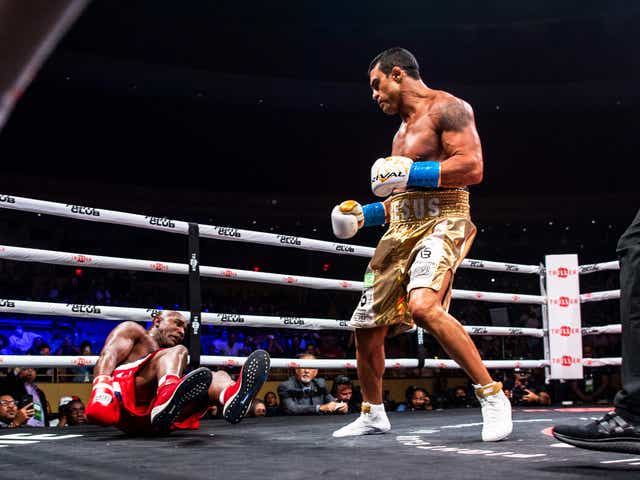 Former mixed martial art star Vitor Belfort from Brazil stopped ageing Evander Holyfield in the first round at the Hard Rock Hotel and Casino in Hollywood, Florida, on Sunday morning (South African time).
Holyfield, a former world cruiserweight and heavyweight champion, was rescued by the referee following a flurry of blows from Belfort.
The 58-year-old Holyfield was making a comeback having last fought during a stoppage of Brian Nielsen in May 2011. He took the fight at short notice following Oscar De La Hoya’s withdrawal after testing positive for COVID-19.
Meanwhile, this was 44-year-old Belfort’s second win. The southpaw’s first win was against his compatriot Josemario Neves in 2006.