IS IT GONNA BE THIRD TIME LUCKY FOR ZUMA? 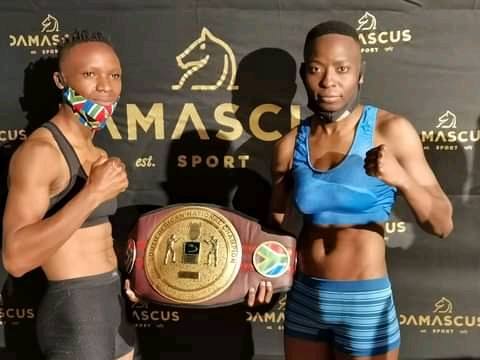 Thema Zuma will be hoping for third time lucky when she fights against Simangele Hadebe at a tournament that is going to be held at the Music World in Parkview, Pretoria, on Saturday.
Zuma from Port Shepstone in KwaZulu-Natal faces Hadebe in a vacant South African female flyweight title contest. The title became vacant after East London boxer Noxolo Makhanavu, who had weight issues, relinquished it last month.
Hadebe from KwaThema, Springs, goes into this fight having an advantage after she defeated Zuma twice already. The two lasses fought against each other last month.
Meanwhile, the tournament sees the return of former world champion Thomas ‘Tommy Gun’ Oosthuizen.
The erstwhile International Boxing Organisation (IBO) super-middleweight and light-heavy titlist clashes with Youssouf Kasongo Mwanza from the Democratic Republic of Congo.