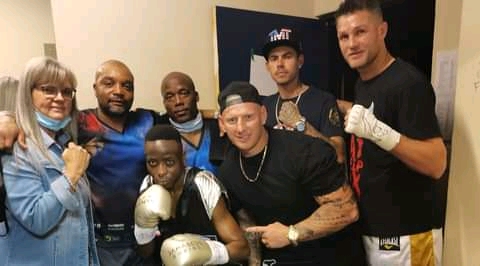 Trainer Harry Ramogoadi-Manaka’s dream to churn out champions from his VIP Boxing Academy in Benoni is finally becoming a reality.

Just over a month after leading Sharadene Fortuin to South African female bantamweight title glory when she dethroned Melissa Miller in Johannesburg, Ramogoadi-Manaka produced yet another champion on Saturday evening.

“This means a lot for our gym. You know, I had high hopes when I took the other crew from the Eastern Cape. I mean your Lwandile Sityata, I had very high hopes,” Ramogoadi-Manaka said.

“The capabilities are there. Sometimes it’s just a matter of time. We are very happy with how far we have gone,” the VIP Boxing Academy chief said.