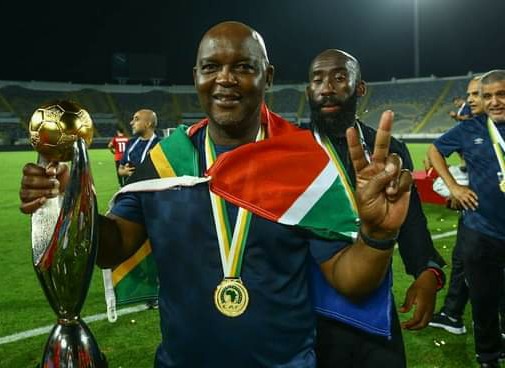 With a cloud of uncertainty of his continued stay at the Egyptian giants having been cleared, Mosimane is now ready to lead the Red Devils to continental glory once again.

“I’m very excited that our journey towards achieving the third CAF Champions League title in a row starts on Saturday in Niger. We are focused on the prize ahead and ready, once again, to conquer,” Mosimane wrote on his Facebook page.

The former Mamelodi Sundowns, who has won the CAF Champions League trophy three times, is going to lead the Red Devils against USGN at the 50 000-seater State General Seyni Kountche in Niamey at 17h30.

The 2016 Africa Coach of the Year award winner has won the CAF Champions League trophy twice with the Club of the Century and once with Sundowns.