BROOS ‘SURPRISED’ BAFANA ARE ON TOP 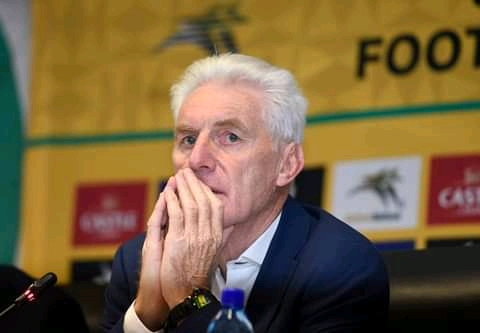 Hugo Broos is ‘surprised’ that Bafana Bafana are on top of Group G with only two 2022 FIFA World Cup qualifiers to go.

The Bafana Bafana coach said that he never thought his team would make an immediate impact under him. Bafana Bafana have 10 points from three wins and a draw while second-placed Ghana have won thrice and lost once.

“I’m surprised we are in that position. Really, three months ago if you said we will be first before the two last games everybody would laugh,” the Belgian said.

“We did a fantastic job. The players were fantastic. I took players, I made choices. Sometimes my choice were not good. It was difficult to make that first selection because I didn’t know so much about South African football. Now I know much more.”

Broos is in camp with some of his players preparing for 2022 FIFA World Cup qualifiers against Zimbabwe on Thursday and Ghana next Sunday.