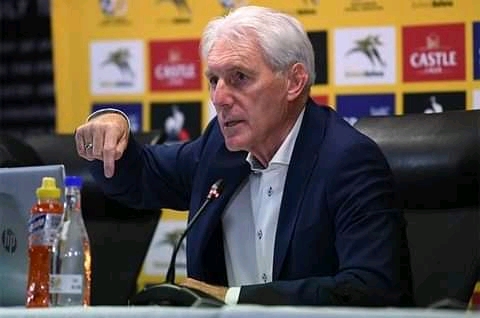 Broos and his team have assembled in Johannesburg to prepare for Thursday’s match against Zimbabwe at the FNB Stadium in Nasrec, Johannesburg, and Ghana’s Black Stars away in Cape Coast on Sunday.

“I’m very good. You know I’ve experienced that there can be games that are very important. It’s something I have had as a player and as a coach. And I have to be ready for the games,” Broos said.

Broos called up 24 players last week, but he’s gonna do without injured Kaizer Chiefs defender Sifiso Hlanti, who has since been replaced by Tercious Malepe from AmaZulu.

Also Royal AM top goalscorer Victor Letsoalo is suspended for the Zimbabwe game though he will be available to play against the Black Stars.

The 69-year-old former Cameroon national team coach insisted that he wanted to have two strikers for the Ghana match. He’s looking at Evidence Makgopa and Letsoalo while he believes that Percy Tau is a different player.