END OF THE ROAD FOR BAFANA 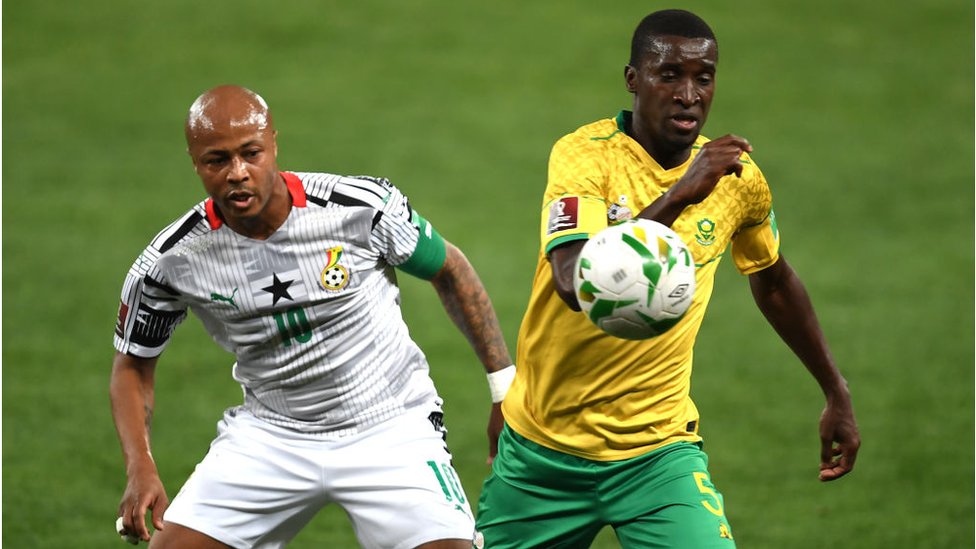 Bafana Bafana’s journey in the 2022 FIFA World Cup qualifiers came to an end when they were beaten 1-0 by Ghana at the Cape Coast Sports Stadium in Cape Coast on Sunday evening.

The Black Stars took the match to Bafana Bafana from the first minute and they were unlucky when Mohammed Kudus’ free kick sailed over the crossbar in the seventh minute.

Ghana suffered a major blow when they had to substitute an injured Kudus with Daniel Kofi Kyereh in the 13th minute.

Within three minutes of being on the field, Kyereh shot wide with only Bafana Bafana goalkeeper Ronwen Williams to beat.

The Black Stars finally got a goal when their captain Andre Ayew scored from the penalty spot in the 33rd minute. This was Ayew’s third goal since the qualifiers began in September.

Ghana were awarded a penalty after Bafana Bafana defender Rushine de Reuck had fouled Daniel Amartey inside the box.

Bafana Bafana ended their qualifying campaign with 13 points from four wins, a draw and a loss same as Ghana. The Black Stars advanced to the final round of qualifiers because they scored seven goals compared to Bafana Bafana’s six.