SAFA TO PETITION CAF AND FIFA OVER GHANA MATCH 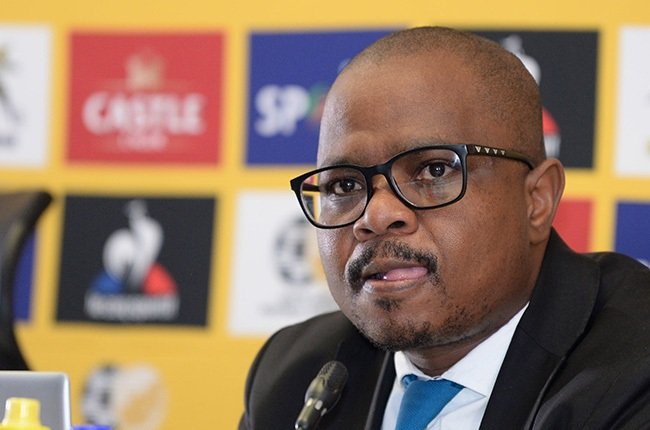 The South African Football Association (SAFA) is going to lodge a formal complaint with CAF and FIFA following Bafana Bafana’s 1-0 loss to Ghana away at the Cape Coast Sports Stadium on Sunday evening.

Match referee Maguette Ndiaye from Senegal awarded Ghana a penalty, which was converted by Black Stars captain Andre Ayew to take his country to the final round of the 2022 FIFA World Cup qualifiers.

The Senegalese was assisted by his compatriots Samba El Hadji Malick and Camara Djibril while Gueye Daouda was the reserve referee. Nigerian Kachalla Babagana Kalli was the match commissioner.

“I think from our heart the match officials decided the game, which is not suppose to happen,” SAFA chief executive officer Tebogo Motlanthe said on Monday.

Motlanthe added that they are going to submit a full complaint with expert evidence.

“It was indeed manipulated. All the referees had done something wrong. We are very disheartened by their actions and we can’t leave it and let it destroy the players. We will challenge it,” the SAFA boss said.

“We feel very much robbed. It’s not an isolated incident of a penalty. There are just a lot of questions about decisions by match officials. We will get an expert to dissect other incidents so that we can make a strong case. We are looking at a precedence which FIFA set by ordering us to replay Senegal. We think if justice has to be served the same decision needs to be taken against this Ghana game.”

Both Bafana Bafana and Ghana finished with 13 points and have the same goal difference. The Black Stars reached the last round of the qualifiers because they have scored more goals than Bafana Bafana.