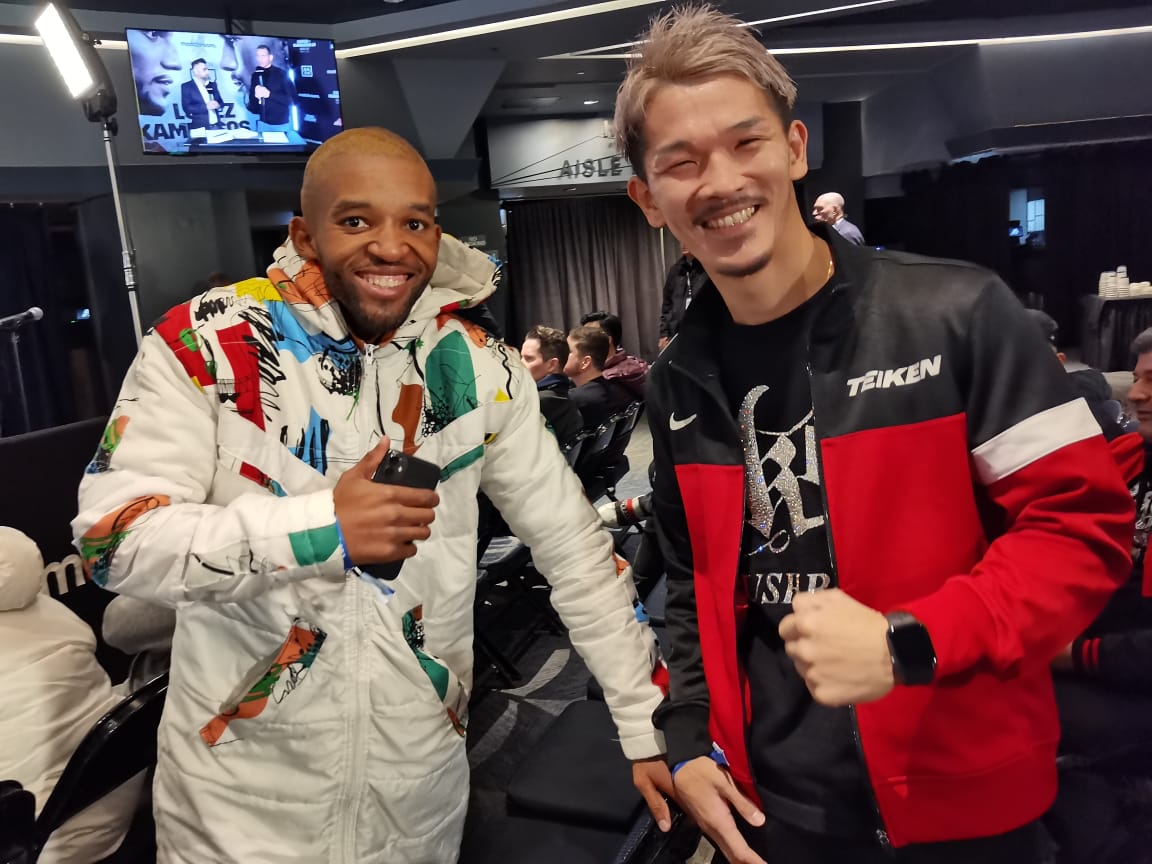 One of South Africa’s top boxing talents Azinga ‘Golden Boy’ Fuzile is psyched up ahead of his world title fight against Japanese boxer Kenichi Ogawa in the United States.

“I feel good. I want to do what I came here for. I’m here to beat someone and take home the belt. I’m going to win this fight,” the vastly-talented Fuzile remarked.

After sharing the stage with Ogawa during a press conference on Wednesday, the 25-year-old former South African featherweight champion added that the Japanese is not going to be a problem during the fight.

Fuzile’s trainer Mzamo ‘Chief’ Njekanye, meanwhile, is also confident that they are going to return home with the red belt next week.

“We will beat him until he gives up. He won’t know what hit him,” the Duncan Village-based boxing trainer said.

The IBF junior-lightweight title has been vacant since American Joseph Diaz Junior left it on the scales on the eve of his fight against Tajikistan boxer Shavkatdzhon Rakhimov in February this year. The duo’s fight ended in a draw.

The IBF then decided that Rakhimov and Ogawa must fight against each other for the title. However, the fight never took place because of Rakhimov’s injury.

Seeing that Rakhimov was not recovering from injury, the IBF made a call and ordered Ogawa to test his fistic skills against Fuzile.