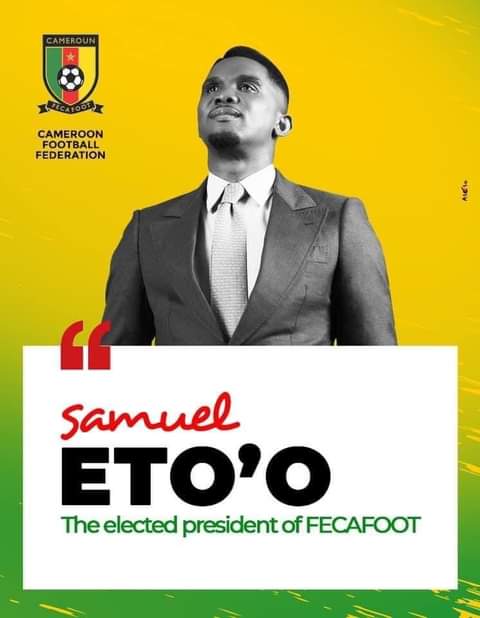 Former Cameroon senior national team captain Samuel Eto’o is the new president of the Cameroonian Football Federation (FECAFOOT) after he was elected to the position on Saturday.

The 40-year-old former Barcelona and Real Madrid star, who beat incumbent Seydou Mbombouo Njoya, is going to be in charge of Cameroon football for the next four years. Eto’o received 43 votes while Njoya got 31.

Capped 118 times by Cameroon, Eto’o is a 2000 and 2002 Africa Cup of Nations winner with the Indomitable Lions.