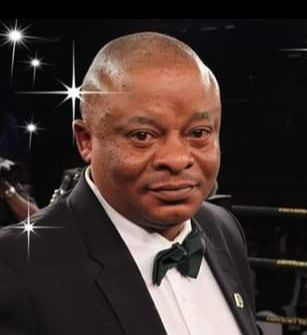 “A day is too long in boxing”. This is a phrase mostly used by those who know the fistic sport.

Two very crucial decisions were made. These may be career defining or destroying decisions. Only time will tell.

When Azinga Fuzile lost in his bid to capture the IBF junior-lightweight championship, l wrote here that the sooner Chief Njekanye and Colin Nathan resolve their issues, the better for Azinga’s career.

I was not happy as two mature individuals glaringly differed and fought over a career of one of our brightest stars. This relationship was not yielding any positives, but was toxic and oozing bad vibes around the boy.

Lo and behold, sanity prevailed and it was terminated. It would have been a first prize if it was a mutual agreement to terminate, I don’t think it was.

Irrespective of the reasons to terminate, I think it was a correct move, which will allow for responsibility taking at a central point and remove any mass blaming when things go south.

I understand that Colin was not informed about Azinga’s career defining decisions. I would have terminated it too.

I don’t know the wisdom of the team deciding to campaign in the lightweight division. This is the division with an abundance of talent in the world lately.

I have always maintained that Azinga is not a 130 (junior-lightweight) fighter, worse now campaigning at 135 (lightweight). I believe he should have stuck with 126 (featherweight) because his body frame is at that weight. He just needed to work more on maintaining it off fights, be a professional he claims to be.

Two critical questions need to be answered when moving up the division. Is the boxer going to carry his power up the division? Will he be punch resistant in his small body frame?

Losing a fight can never be the sole reason to change a division. An in-depth analysis needs to be done to ascertain what happened. A fight is usually lost before it actually happens.

I am not sure how will Azinga move in the world ratings again and be as protected as he was before. I wish the team nothing but the best.