NO WORLD TITLE FIGHT FOR SIGQIBO 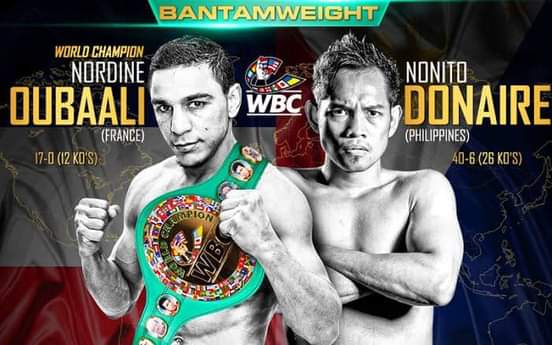 Duncan Village boxer Yanga ‘Showtime’ Sigqibo’s much-talked about fight against reigning World Boxing Council (WBC) bantamweight champion Nordine Oubaali is off.
Instead, Oubaali is going to defend his title against mandatory challenger Nonito Donaire in March.
Asian Fight Scene reported early on Tuesday morning that the WBC has mandated Oubaali from France to defend against the Filipino.
And Sigqibo’s trainer Spokes Witbooi has confirmed that his fighter has switched focus to a World Boxing Organisation (WBO) junior-bantamweight elimination bout in April.
“We were informed about the latest developments yesterday (Monday). You must remember that that was going to be a voluntary defence and Nordine has now been ordered to face a mandatory challenger,” Witbooi said.
“We are going ahead with our training schedule because we’ve got a fight on the 25th of April. Yanga is going to fight in an elimination bout and we will know the opponent in due course.”
Meanwhile, Rumble Africa Promotions (RAP) chief executive officer Nomfesane Nyatela has confirmed that they are working around the clock to make sure that Sigqibo fights in an eliminator.
“The WBC informed us that they had ordered the mandatory defence after appeals from Nonito’s camp. We are now pushing for Yanga to fight in a WBO elimination bout. We are going to make an announcement soon,” Nyatela said.