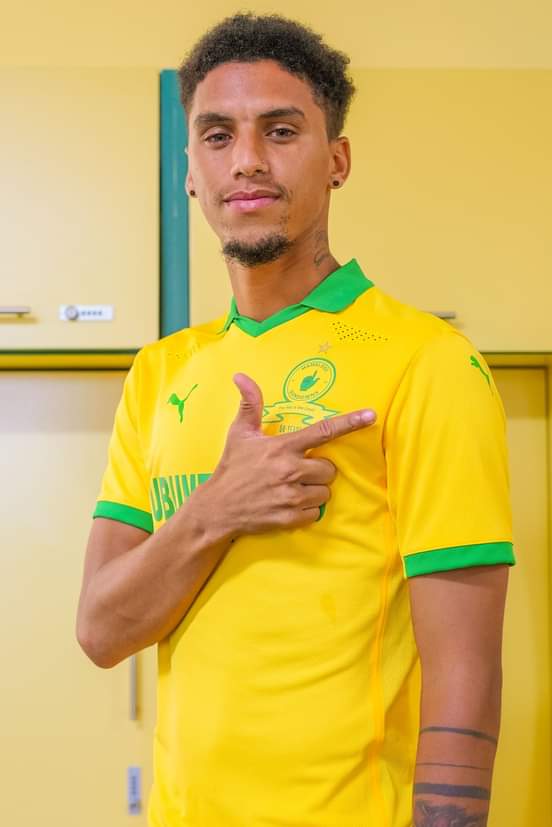 Mamelodi Sundowns new recruit Rushine de Reuck is set for a midfield role at the Brazilians after signing a five-year contract with the Tshwane giants from Maritzburg United last Friday.
This was revealed by Sundowns co-coach Manqoba Mngqithi after the Brazilians’ 2-0 win over Chippa United in a DStv Premiership match at Loftus Versfeld in Pretoria on Sunday.
“We know what he is capable of. Technically, he is one of the best in the country. In my mind I strongly believe he will make a good number six. No doubt, he will play a major role in what the club wants to achieve this season,” Mngqithi said.
Playing in midfield is not going to be something new for De Reuck, who was born in Kalksteenfontein in Cape Town, even though he played mainly in defence at the Team of Choice.
Meanwhile, Mngqithi is not satisfied with how far Sundowns have gone in the Premiership despite the team being unbeaten and are number one on the standings with 33 points from 15 matches.
“It’s encouraging the fact that we are on top of the log. But I’m not excited because we have fallen three points short of the target we set. The truth of the matter is that ever since I have been at Sundowns I have never seen playing so many players,” Mngqithi said.