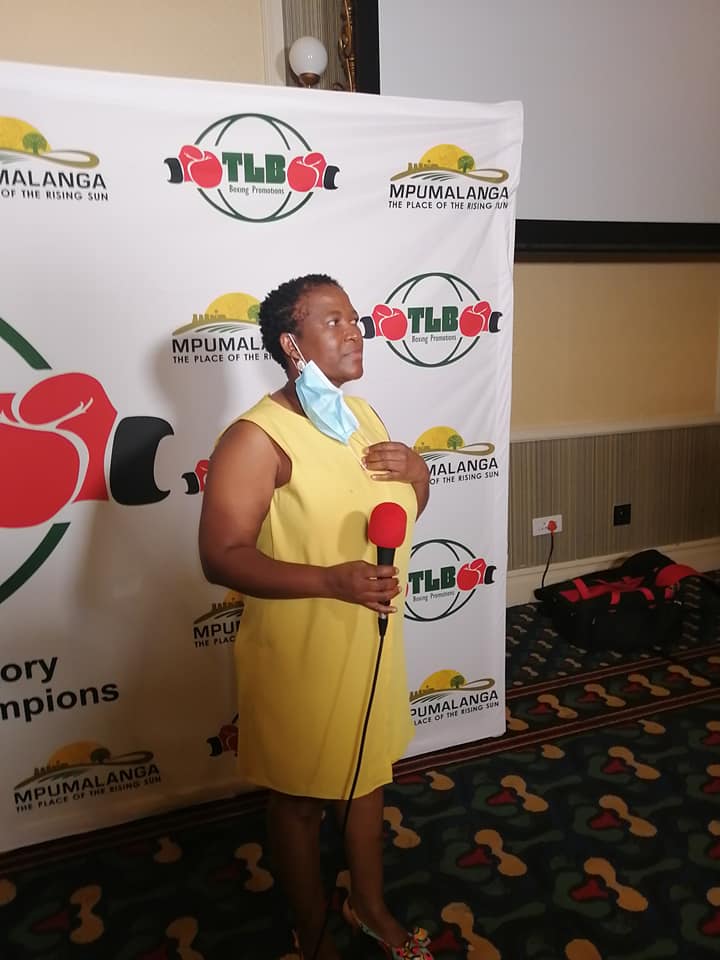 TLB Boxing Promotions might not have had its wish of having five-time world champion Hekkie Budler in their tournament at the Graceland Casino in Secunda, Mpumalanga, on Saturday.
But despite that, TLB Boxing Promotions boss Joyce Kungwane is quite happy that the tournament became a success with Xolisani ‘Nomeva’ Ndongeni headlining the event with a fight against Byson Gwayan. KwaBhaca-born Ndongeni stopped the Malawian in the ninth round.
With the tournament having been done and dusted, Kungwane is now thinking ahead in terms of spreading boxing tournaments to other provinces.
“It was very exciting even though we are disappointed that we did not have Hekkie anymore because of the challenges that his opponent was overweight. We were looking at having Hekkie,” Kungwane said referring to Budler’s fight, which was cancelled after his opponent Hamid Kwata failed to make the weight.
“The performance that Nomeva gave us, we were looking to that. Overall, we enjoyed, even Mpumalanga got excited and we are hoping to come back as promised. We are grateful to the Department of Sport, Arts, Recreation and Culture. If it weren’t for them we wouldn’t have achieved our goal. As TLB we believe in moving out of Gauteng and going out there to make sure that the same thing we do in Gauteng is being done in other provinces. There are other provinces that we have started engaging.”
Meanwhile, Mpumalanga MEC for Sport, Arts, Recreation and Culture Thandi Shongwe is also happy with the return of professional boxing tournament to her province.
“We were so excited as the department. It’s been a long journey. It started in 2017. We are realising the dream we had as a department. We have to revive sport, especially boxing in the province,” Shongwe said.
“Some of the challenges is that boxing was neglected as a sporting code in the province. The department in collaboration with TLB had to work hard to look for boxers. We are pleased that some of the boxers were coming from Africa and other provinces, KZN and Gauteng. Also us as Mpumalanga we had participants.”
The success of Saturday’s tournament has emboldened Shongwe to think more about other tournaments in an effort to revive the fistic sport in the province.
“From now on, we are not going to look back. We waited for the right moment when the president declared level one. Good for our province, it promotes cultural diversity and international relations,” Shongwe said.
On the other hand, two-time world champion Ndongeni dedicated his win over Gwayan to his trainer Mzamo ‘Chief’ Njekanye – a man he reunited with earlier this year.
“The Chief is back. I needed to show him that I’m not dead. It was obviously a fight for Chief to believe in me again because he used to believe in me. Nomeva has done it again. I’m in a better place, I’m happy. I took care of the business, it’s another win for me,” Ndongeni said.
The former International Boxing Organisation (IBO) ad World Boxing Federation (WBF) lightweight champion insisted that there was no way that Gwayan would have won the fight even it had lasted the whole week.
“He was not gonna win the fight. I doesn’t mean the rematch means he did something better. He knows he lost the fight. I was still gonna knock him out because he was coming to me. He was either gonna be knocked out cold. I’m happy that I’m back with Chief. I believe I have the confident back,” Ndongeni said.