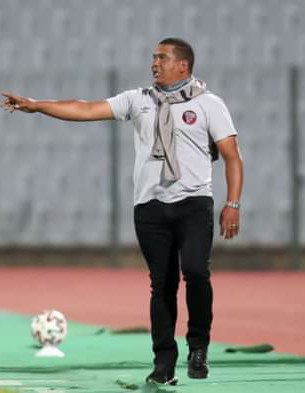 A 1-0 win over struggling Black Leopards in Dobsonville on Sunday evening, which came after nine draws, has brought a smile to Swallows FC coach Brandon Truter.
This is easy to understand because Truter was beginning to panic as the Birds were slipping down on the DStv Premiership standings. The win resulted in Swallows flying up from sixth to fourth position.
“It’s always tough against a team that fights for their lives. Normally, at this time of the season if you look back at last season Leopards is the team that picked up a lot of points this time,” Truter said.
“We knew it was going to be tough, but we were also confident playing at home being unbeaten here that we will manage to get the three points. I expected a bit more goals. But it’s nice with the three points. The clean sheet is nice. I’m just over the moon over the three points.”
Mitchell’s Plain-born Truter admitted that Lidoda Duvha kept him worried, especially in the first half.
“They put us under pressure, I’m not going to lie. The tactics they employed made it a bit more easier in the second half with the man-marking we managed to open up their midfield so many times,” he said.
Meanwhile, Leopards coach Lehlohonolo Seema lamented the chances they missed, especially in the first half.
“We came here and everybody could see that we wanted to win this game. In the line-up we had all the experience. It was a game of two halves,” Seema said.

One thought on “WIN BRINGS SMILE TO TRUTER”