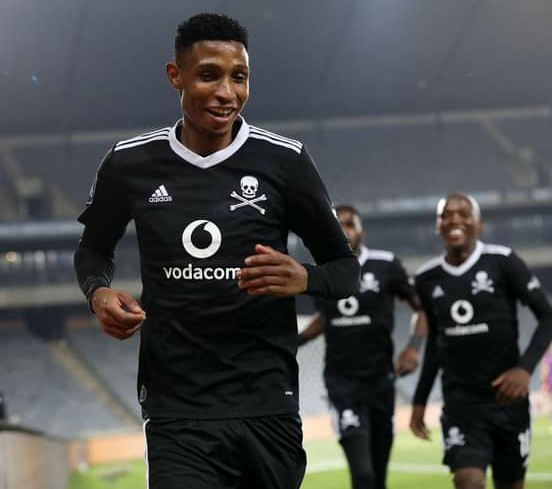 Orlando Pirates earned three valuable points when they beat Maritzburg United 2-0 in a DStv Premiership fixture at the Orlando Stadium in Soweto on Sunday evening.
Vincent Pule netted a brace, which took the Buccaneers from fifth to fourth place on the Premiership table.
Pule, who has scored six goals this season, netted his first goal of the match on the hour mark. He completed his brace in the 78th minute after Team of Choice goalkeeper Marcel Engelhardt came out of his line and headed the ball, which fell on Pule’s path.