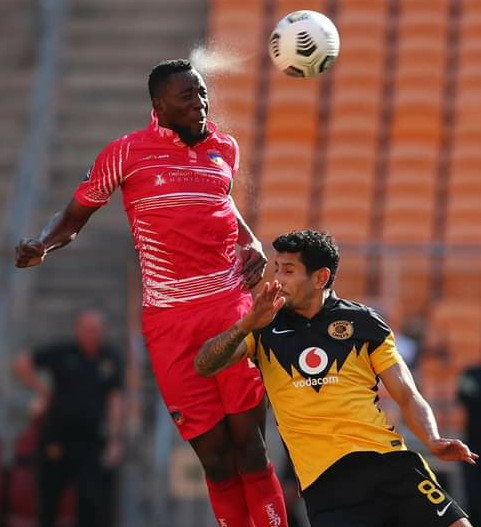 Chippa United’s fight to remain in the DStv Premiership continued as the Chilli Boys beat Kaizer Chiefs 1-0 at the FNB Stadium in Nasrec on Wednesday afternoon.
Second half substitute Bienvenu Eva Nga, who came on for Maloisane Mokhele, scored the only goal of the match in the 85th minute. Eva Nga had only been on the field for 21 minutes when he netted for the Chilli Boys after Chiefs defender Mulomawandau Mathoho failed to stop him.
Amakhosi dominated in the first 15 minutes of the match with the Chilli Boys only beginning to play just before the 20-minute mark. Chiefs were back again dominating until the 40th minute where the Chilli Boys clawed their way back into the match.
The Gqeberha-based club improved their performance in the second half even though Amakhosi were the better team. Chiefs put the Chilli Boys under tremendous pressure even when they were trailing.
This was the Chilli Boys’ first win since their 3-0 victory over Black Leopards on 23 January.
Meanwhile, Tshakhuma Tsha Madzivhandila beat Bloemfontein Celtic 1-0 through a Joseph Molangoane goal in the 74th at the Old Peter Mokaba Stadium in Polokwane.