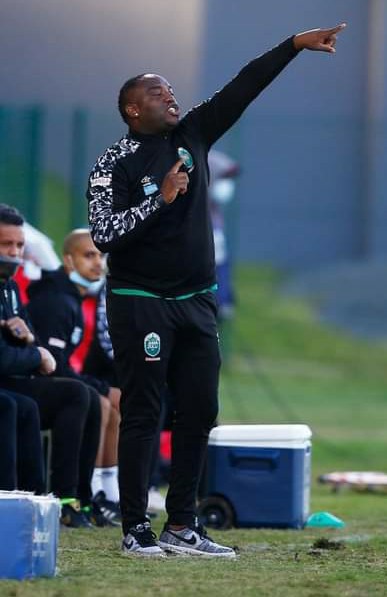 Benni McCarthy has blamed match officials and the match venue for his team AmaZulu’s 1-0 loss to Baroka FC at the King Zwelithini Stadium in Umlazi, Durban, on Tuesday afternoon.
A first half goal by Richard Mbulu stopped AmaZulu’s march and ensured that they remained seven points behind log-leaders Mamelodi Sundowns, who have 57 points from 26 matches. Usuthu have collected 50 points in 27 games.
“The referees today, the officials usually are very sharp, they control the game. Today was not their best game. Unfortunately, we were on the receiving end,” McCarthy moaned.
Usuthu play their home games at King’s Park, but the match against Bakgaga Ba Mphahlele was played at the King Zwelithini Stadium.
“I think psychologically moving the game away from King’s Park affected the team a little bit. Obviously, this used to be the club’s home ground, but this season we played every single game at King’s Park and we became quite accustomed to the stadium, to the pitch, we are familiar with everything. So, we’ve got some brilliant results,” McCarthy said.
“You get your game moved to another stadium where you haven’t played the whole season. It gives the opposition an opportunity to get in.”