NTSEKI BACK WITH BAFANA 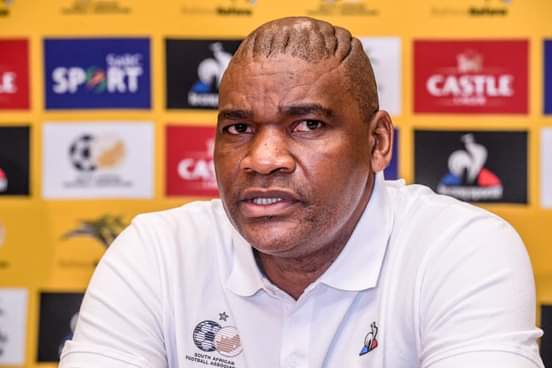 Fired as Bafana Bafana coach after failing to qualify for the 2022 Africa Cup of Nations finals in Cameroon, Molefi Ntseki is back with the South African senior national men’s team.
News of Ntseki’s return to the national team was confirmed by new Bafana Bafana coach Hugo Broos during an interview with SAfm’s Sport On programme on Friday evening.
“My local assistant coach is the former Bafana coach Molefi Ntseki. I have met with him twice already and the man is an encyclopedia. He knows all the players here and he’s happy to be assistant again. That’s good to me,” Broos told Sport On.
Ntseki was former Bafana Bafana coach Stuart Baxter’s assistant before he was elevated to senior coach following Baxter’s departure.