BSA CHIPS IN AS BATTLE TO GET US VISAS CONTINUES 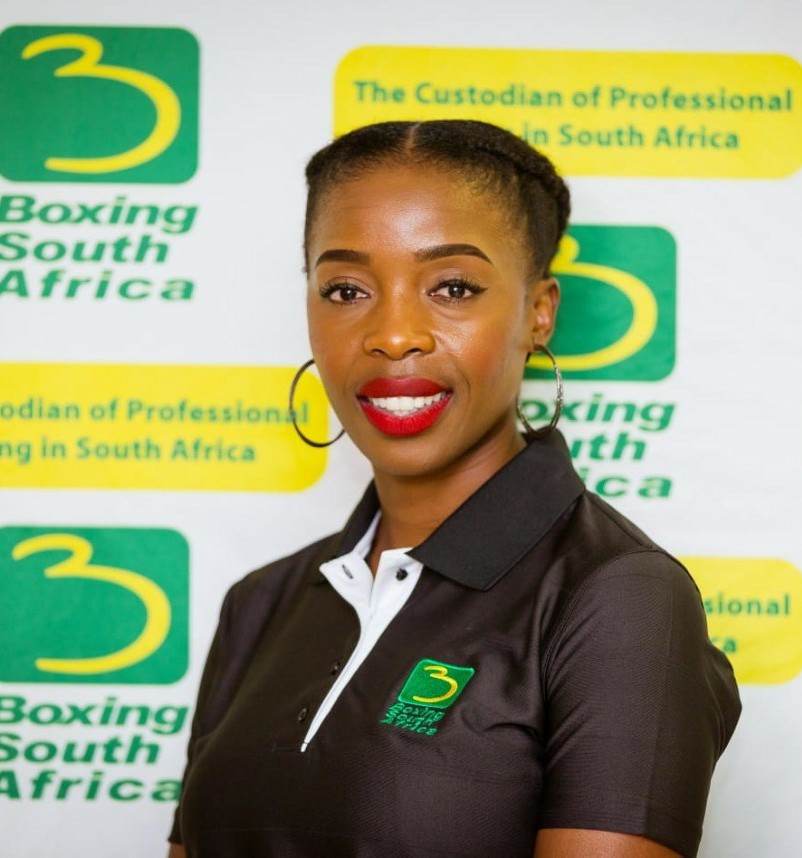 Acting Boxing South Africa (BSA) chief executive officer Cindy Nkomo has revealed that her organisation has played its role in making sure that handlers of Duncan Village boxer Azinga ‘Golden Boy’ Fuzile get visas to travel together with him to the United States.
Visa problems have taken centre stage in the build-up to Fuzile’s International Boxing Federation (IBF) junior-lightweight elimination bout against Martin Ward from Britain. Fuzile faces Ward at the Michelob Ultra Arena in Las Vegas on Saturday, 29 May.
The build-up to the fight has been marred by the delay in getting American visas by Fuzile’s trainer Mzamo ‘Chief’ Njekanye, his assistant Yanga Gingxana and Rumble Africa Promotions (RAP) chairman Teris Ntutu.
Fuzile, a former South African featherweight champion, has secured a visa to travel to the US.
“We have assisted. Teris reached out to BSA some weeks ago. Where we can assist, we definitely do and not just in this case. Any licensee that requires assistance we do assist,” Nkomo said.
“However, we must note that we can’t get inside an Embassy, which is an organisation on its own. We are limited in terms of how we can assist. We can assist in terms of motivation.”
Nkomo added that BSA sought guidance from both the Department of Sport and Recreation as well as the Department of International Relations and Cooperation (DIRCO) regarding the matter.
“We reached out to the Department to seek guidance. We also reached out to DIRCO,” she revealed.
“We have assisted where we could, but we must note that we have limitations. Just because we are a boxing entity doesn’t mean we can influence the roles and requirements of that. But where we are needed to assist, we’ll definitely do. We had been in touch with Teris.”
Nkomo also revealed that BSA had no problem with issuing clearances for Fuzile, Njekanye and Gingxana.
“That’s our process. That we have done. There are no issues there. If there’s a requirement like a motivational letter that we can certainly assist with. Regarding clearances and medical certificates, Chief has reached out to us. I know that our office is assisting,” Nkomo concluded.