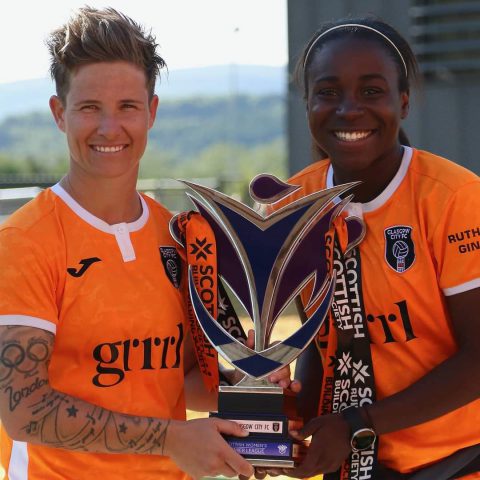 Banyana Banyana captain Janine van Wyk is thrilled after she won the Scottish League title with her club Glasgow City this past weekend.
This is Van Wyk’s first gold medal in Europe thus the excitement from her. City have now won the league title for a record 14 successive seasons.
“Winning the league title here in the Scottish League is absolutely amazing. I am proud that I have contributed this season to another league title for Glasgow City,” Van Wyk said.
“It has been a tough year, with COVID-19 restrictions and having to train individually. Then I came over here, but sustained a knee injury and I missed the first half of the season with the club.”
City have, as a result of winning the league title, qualified for the UEFA Women’s Champions League.