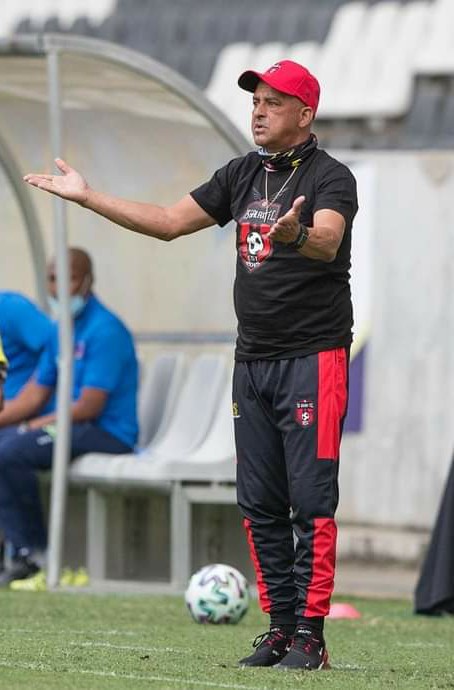 Coach Owen da Gama is satisfied with the strides he made at TS Galaxy after leading the team to ninth place at the end of the past season.
Da Gama joined the Rockets in January when they were in the relegation zone. He turned things around and missed a top-eight spot on the last day of the season after the Rockets finished with 36 points from 30 games.
And Da Gama is happy with the foundation that he laid at the club together with his technical team.
“It’s been a very fruitful journey for me to understand and learn the strength of the players. As a technical team, we are their fathers. We are their mentors,” Da Gama said.
“We are their teachers. At the end of the day, they are our children when they come to training. We’ve tried our best to get into their minds. We’ve tried to understand their challenges.
“We’ve learned quite a few. Ethan Brooks was nowhere in the picture when we started. He then went to the MDC team and performed beyond expectations. This is a player with a pedigree. He has been to the junior national team. It was nice to see him stepping up and playing.”
The Rockets played their home matches at the Mbombela Stadium in Nelspruit and Emirates Airline Park in Johannesburg last season.