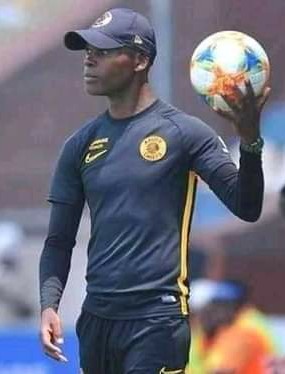 Kaizer Chiefs assistant coach Arthur Zwane has said that they achieved their goal in Morocco after they shocked Wydad Athletic Club 1-0 in a Champions League semi-final first leg match at Stade Mohammed V in Casablanca on Saturday evening.
Serbian-born forward Samir Nurkovic scored the only goal of the match, which they will take to the second leg next weekend.
“Look, we came here in Morocco to do business. We’ve done exactly that,” Zwane remarked.
“We could have done much better, but we were playing against a very good team. I believe we played against one of the best teams on the continent.”
The former Chiefs midfielder admitted that they didn’t have an easy match against the Moroccans.
“They put us under pressure for the entire 90 minutes, but we were tactically disciplined,” Zwane remarked.
“We were prepared because we knew what was their strength and we planned that we would sit back and wait for the right moment. Yes, we managed to get a goal. Our plan was to get two goals, but we are still happy with the goal we scored. Now we will welcome them in Johannesburg.”