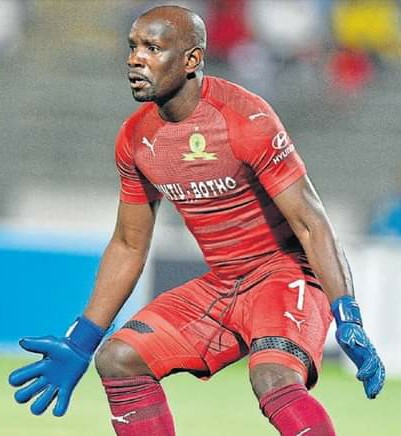 Mamelodi Sundowns goalkeeper Kennedy Mweene has been called up to the Chipolopolo squad for the upcoming COSAFA Cup tournament in Gqeberha.
Chipolopolo are in Group B together with Comoros, Madagascar and Malawi. The tournament starts on Tuesday, 6 July and ends 12 days later.
The 36-year-old Mweene, who returns to Chipolopolo for the first time since October 2018, is not the only player based in South Africa in the 30-man provisional squad called by coach Milutin Sredojevic.
Other players based in South Africa are Cyril Chibwe, Roderick Kabwe, Salulani Phiri, Augustine Mulenga, Gamphani Lungu and Justin Shonga.
The Zambians begin their COSAFA Cup defence with a clash against Comoros. They then face Madagascar three days later before their final group match against Malawi on Tuesday, 13 July.