‘THEY TOOK US FOR GRANTED’ – ZWANE 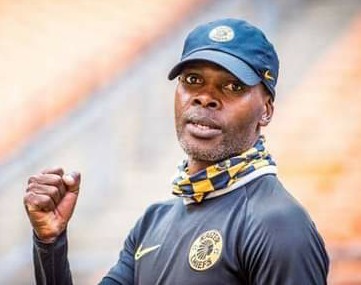 Kaizer Chiefs assistant coach Arthur Zwane reckons that Moroccan side Wydad Athletic Club committed a serious blunder when they sent a ‘B’ team to face Amakhosi in Johannesburg during the CAF Champions League group stages.
Chiefs, who reached the CAF Champions League final for the first time following a 1-0 aggregate win over Wydad in the semi-finals, defeated the Moroccans in Johannesburg during the group stages.
“It was not gonna be an easy journey for us as a team,” Zwane said after Saturday’s goalless draw with Wydad at the FNB Stadium in Nasrec.
“We knew that it was gonna be tough because we had to compete against the best in the continent.”
Amakhosi shocked the Moroccans with a 1-0 away win at Stade Mohammed V in Casablanca, Morocco, a week ago. They then drew goalless on Saturday evening.
“Going back to the game, we knew their strength from day one. I think they will regret the day they decided to send their B team,” Zwane remarked.
“I think it’s a lesson, especially for us when you are on the roll you don’t take anyone for granted. We were obviously gonna be the underdogs. We were not good enough to compete against them and they paid the price. If they had sent their best team that time maybe things could have been different. But unfortunately they took us for granted that we gave them something to think about and we surprised them.”
Despite beating the Moroccans, Zwane still believes that Wydad are formidable opponents.
“They are a very good team, there’s no doubt about it. Solid team, they are good in defence, also very good going forward. They also have their weaknesses like any other team,” Zwane said.