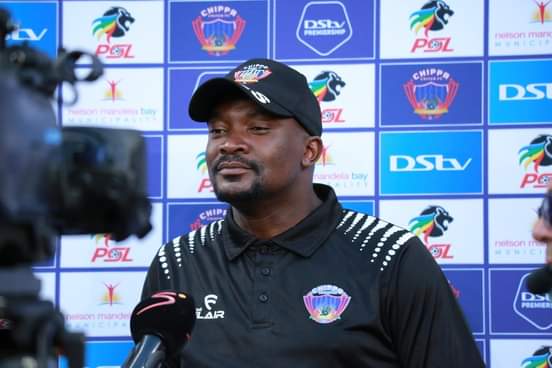 Getting a result against Richards Bay FC was more important to Chippa United coach Lehlohonolo Seema than playing good football.
Seema said this after the Chilli Boys’ 1-1 draw with the Natal Rich Boyz in a PSL promotion/relegation play-off match at the Umhlathuze Sports Complex in Richards Bay on Saturday afternoon.
The draw meant that the Gqeberha-based Chilli Boys, who finished 15th in the DStv Premiership last season, will remain in the Premier Division.
“We played a very difficult Richards Bay. You could see that they knew if they win this match they stood a good chance of gaining promotion,” Seema said.
“We had to box smart. We never underestimated them. We all have seen how good they are. They pushed us to the limit. Of course, our experience came through. This was not about playing good football. It was about us getting results so that we can get back to the Premier League. I’m happy with the performance of the boys.”
The Chilli Boys beat the Natal Rich Boyz 2-1 at the Nelson Mandela Bay Stadium in Gqeberha last weekend. They then travelled to Chatsworth Stadium for a clash against Royal AM.
They settled for a walkover after Royal AM failed to pitch for the match. Royal AM also failed to pitch for their encounter against the Natal Rich Boyz on Thursday.
It’s not clear whether Royal AM will pitch for the Chilli Boys’ final promotion/relegation play-off match in Gqeberha on Wednesday.
Royal AM are still fighting against Sekhukhune United’s automatic promotion to the Premier Division from the GladAfrica Championship.
Babina Noko leapfrogged Royal AM on the GladAfrica Championship standings after arbitrator Hilton Epstein awarded them three points.
This was after Polokwane City were found guilty of having less than five Under-23 players in their match squad in a clash against Babina Noko earlier this year.
Judge Roland Sutherland from the Gauteng High Court upheld Epstein’s decision to award three points to Sekhukhune United.