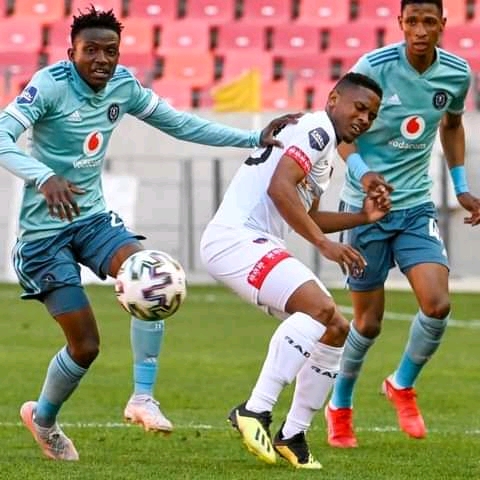 Gavin Hunt is disappointed after his team Chippa United’s second successive loss of the season.

The Chilli Boys got whipped 3-1 by their hoodoo team Orlando Pirates in a DStv Premiership clash at the Nelson Mandela Bay Stadium in Gqeberha on Saturday afternoon.

“Disappointed, very disappointed. I thought we had better chances of the two teams. They took theirs, we didn’t take ours,” the Chilli Boys coach said.

Defending, especially in set-pieces situations has always been the Chilli Boys’ Achilles heel for seasons and a worried Hunt has noticed that.

“We’ve got to get our defending right,” the 57-year-old Cape Town-born coach said.

The Chilli Boys have now won once, drawn once and lost twice. They have only scored one goal and conceded three times. The Gqeberha-based side failed to score in their last three matches.

Hunt’s boys travel to the Cape Winelands next Saturday for a date with in-form Stellenbosch FC at the Danie Craven Stadium.

Meanwhile, Pirates coach Mandla Ncikazi had mixed feelings about how his boys acquitted themselves during the match.

“The signs are positive, great result. We got a lot of work to do. This is not a performance you expect from a team of Pirates’ calibre,” the former Lamontville Golden Arrows coach said.

“I’m happy that we scored goals. Coming from a goal down, there is growth in the team. It’s very minimal in the eyes of other people.”

The Buccaneers are going to play against DStv Premiership champions Mamelodi Sundowns at home next Saturday.