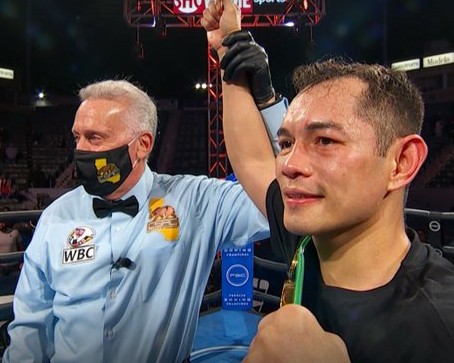 Nonito ‘The Filipino Flash’ Donaire Junior has been ordered by the World Boxing Council (WBC) to defend against his compatriot Reymart Gaballo.

Donaire Jr, who won the WBC bantamweight belt after he stopped former champion Nordine Oubaali from France in the fourth round in May, will face Gaballo in a mandatory defence at as date, which is yet to be announced.

The 25-year-old unbeaten Gaballo is the interim WBC bantamweight. He scored a controversial split decision win over Puerto Rican Emmanuel Rodriguez last December. Gaballo has stopped 20 of his opponents in 24 wins.