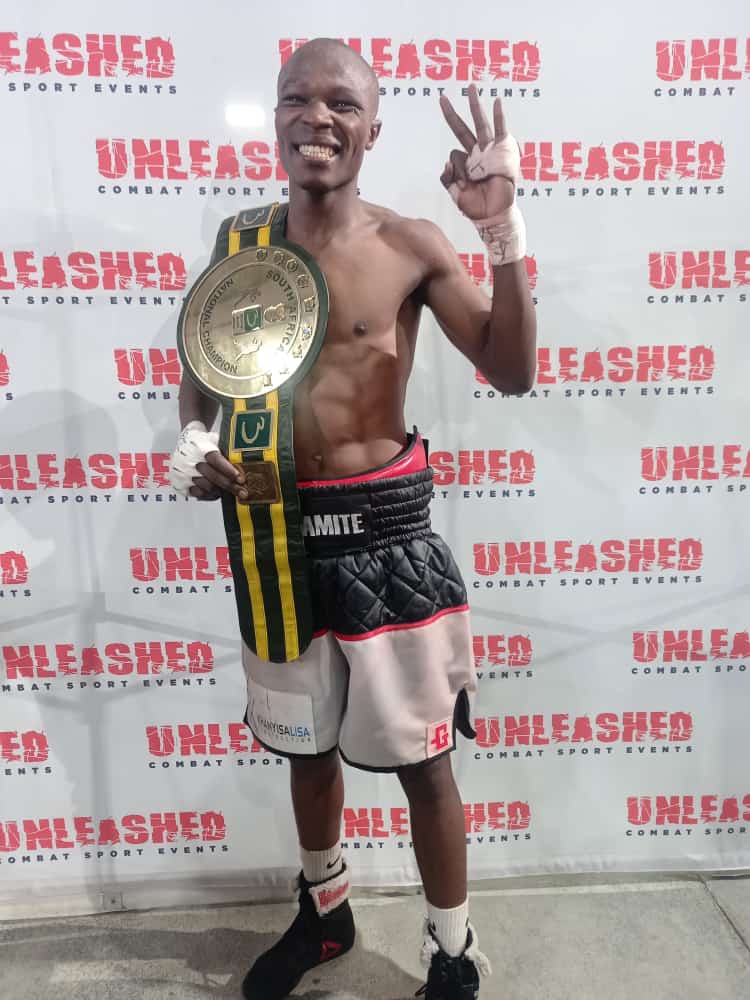 Asanda Gingqi has experienced the sweet taste of victory and the feeling of being a South African champion even though he’s only been a titlist since Sunday evening.

Gingqi fought his way to South African featherweight glory after he scored a split decision victory over Cape Town boxer Abdul-Aziz Kunert at the Booysens Boxing Gym in Johannesburg.

“That was a fight. I’m very happy that at last I have become a South African champion. This is a very good feeling,” the newly-crowned SA champion said.

The unbeaten Gingqi, who is trained by former boxer Velile Damoyi in Mdantsane, admitted that he faced a tough opponent in Kunert.

“The altitude nearly had a negative effect on me. It was hot and it was clear that I was not fighting at home,” Gingqi remarked.

“This was definitely not an easy fight for me. Kunert can fight, he knows what he was doing inside the ring, but he had no power. I wouldn’t like to fight him so soon as I want to go further in my career. However, I won’t run away should I be compelled to face him again.”

Gingqi has, as a result of the win, stretched his record to seven wins with five stoppages while Kunert, who lost for the first time, has two knockouts in 10 wins.