MASHIGE, A MAN FOR ALL SEASONS 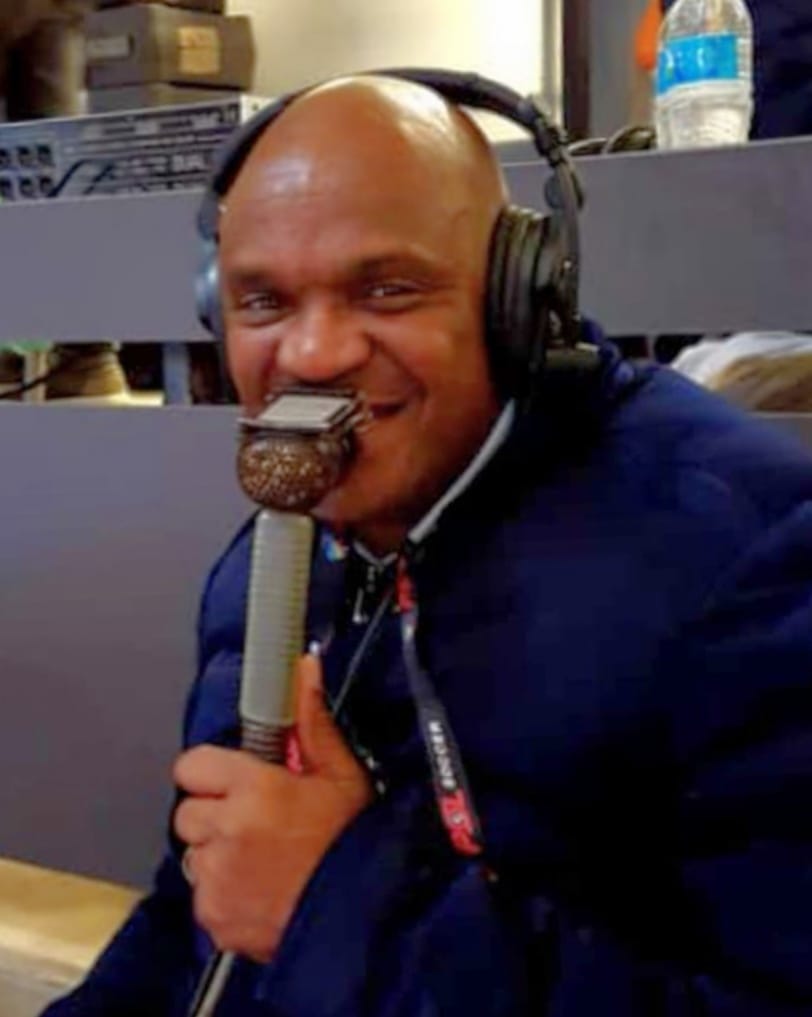 It is safe to say Phalaphala FM sport commentator Sydney Mashige is a jack of all trades.

Apart from being a commentator, Mashige is a voice over artist, translator, researcher, facilitator, adjudicator, events coordinator, author, motivational speaker, master of ceremonies and educator.

The Soweto-born father of five, who matriculated at Lamula Jubilee Secondary School before going to study for a senior teacher’s diploma at the then Soweto College, loves sport and education.

Thirsty to acquire more knowledge, Mashige went on to obtain a Master of Education degree from the Rand Afrikaanse University (RAU) as well as Educational Management from UJ. And he has also accumulated a number of certificates along the way.

Educated as he is, Mashige has always been a sport fanatic. His love for sport was evident from a very young age. And it was clear that Mashige, a first born in a family of six children, was destined for a career in radio.

It was while selling fruits at different stadiums during the 1980s that Mashige’s love for sport commentary was ignited. This was after he watched his favourite sport commentators in action.

“In the late 80s and early 90s I worked part-time at the gate control department responsible for the safety of spectators and National Soccer League teams under the leadership of Mr David Thidiela. I then heard that Radio Venda was looking for sport commentators. I attended the interview processes and audition, which I successfully passed,” Mashige remembered.

“My induction into the directorate of sport at the SABC and training as a commentator took more than six months. My break came when I was given an opportunity to broadcast a game between Kaizer Chiefs and Mamelodi Sundowns at the FNB Stadium.”

He believes that having a God-given talent and being original is what sets him apart from his peers.

“In December 1995, when the population of the Republic of South Africa was engulfed in a historic victory of the Springboks over New Zealand, propelled by the Madiba Magic, I went to Ivory Coast to commentate in the CAF Champions League final, which saw Orlando Pirates becoming the first South African club to clinch the CAF Champions League, an achievement of commentary to  treasure,” Mashige said.

One of the highlights of Mashige’s career was doing commentary when Bafana Bafana beat Tunisia 2-0 to lift the 1996 AFCON trophy.

Mashige has worked in many productions, but covering the opening match of the 2010 FIFA World Cup finals between Bafana Bafana and Mexico will remain etched in his memory for many years to come.

A versatile commentator, who has worked in football, rugby, boxing, athletics, hockey and cricket productions, Mashige was one of SABC radio sport commentators, who were on duty during the 2020 Tokyo Olympics.

“My principles of not undermining the intelligence of the listeners, acceptance of constructive criticism, embracing my contractual obligations and advancing positively the vision and values of the SABC have propelled me to portray dedication, devotion and discipline when I execute my commentary responsibilities. In future, I would like to develop and nurture sport commentators,” the 57-year-old Mashige said.

Besides being a sport fanatic, Mashige has a track record in the education sector. He has experience in management, transformation, leadership, administration, communication, governance and has been involved in education in different positions in more than three decades.