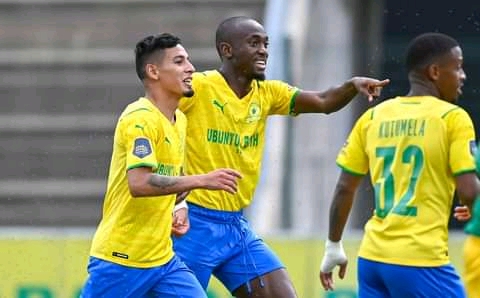 Mamelodi Sundowns remain undefeated in the DStv Premiership after a 1-0 win over Lamontville Golden Arrows at the Sugar Ray Xulu Stadium in Clermont, Durban, on Wednesday.

The Tshwane giants also kept their record of clean sheets as they are yet to concede in seven matches.

Abafana Bes’thende had many chances, especially in the last 15 minutes of the first half. They either shot wide or straight at Sundowns captain and goalkeeper Denis Onyango.

The Durban side also started well in the beginning of the second half, but again failed to convert their opportunities.

The Brazilians scored their goal in the 58th minute Uruguayan Gaston Sirino.

Abafana Bes’thende had an opportunity to equalise when they were awarded a penalty. They were, however, unlucky as Michael Gumede missed it in the 78th minute.