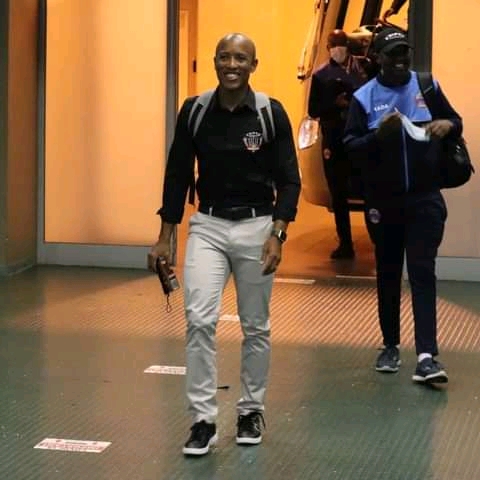 Chippa United caretaker coach Kurt Lentjies has credited his players for their 1-0 win over Baroka FC in a DStv Premiership encounter at the Peter Mokaba Stadium in Polokwane on Saturday.

The Chilli Boys bagged their second maximum points of the season courtesy of Botswana international Mogakolodi Ngele’s goal. This was the Gqeberha-based Chilli Boys’ first win in three months.

“It’s not about me, it’s about the group, obviously. After 11 matches we’ve got 10 points. Obviously, it has not been the best of starts for us this season,” Lentjies said.

“I couldn’t have asked for more from the boys when it comes to commitment and following the game plan. Very happy with the result away from home. Barring two, three teams in the league, we should be getting points.”

The former Maritzburg United and Mamelodi Sundowns midfielder added that the players’ confidence and a change in mind set were very key to their victory.

“Big ups to the technical team. We only worked with the players for a week. I just asked for commitment, working together towards one cause. That’s what got us the three points. We will take it one day at a time,” Lentjies said.

The Chilli Boys’ next match is at home against Lamontville Golden Arrows at the Nelson Mandela Bay Stadium in Gqeberha on Saturday, 4 December.