THOBEJANE BACK IN BIG TIME FOOTBALL 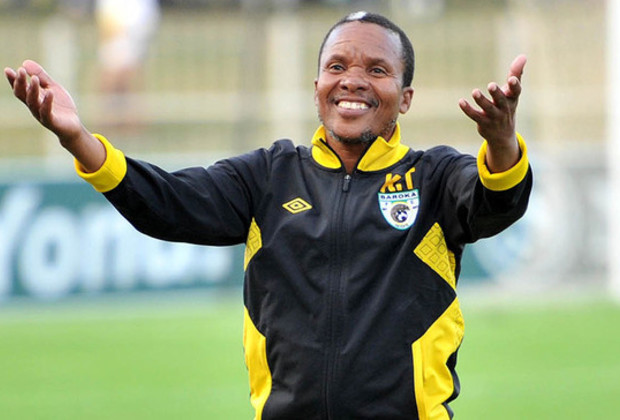 One of South African football’s characters Kgoloko Thobejane is back in charge at Baroka FC as the club’s head coach.

Thobejane returned to his old job just a day after Bakgaga Ba Mphahlele’s 1-0 home loss to Chippa United on Saturday. Matsimela Thoka, who has been coaching Bakgaga, was demoted to the Diski Challenge team.

Thobejane, a former Mogodumo Primary School teacher in Lebowakgomo, helped Baroka gain promotion to the Premier Division at the end of the 2015/16 season. He was, however, fired in 2018 for alleged drinking on duty.

Bakgaga are now 14th on the DStv Premiership table having won twice, drawn twice and lost six times. They only picked up one point in their last three matches.