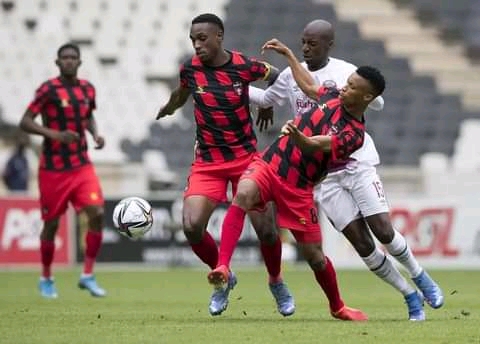 TS Galaxy recorded their second win of the season after they beat Swallows FC 1-0 in a DStv Premiership clash at the Mbombela Stadium in Nelspruit on Sunday afternoon.

Siphiwe Mahlangu scored the only goal of the match in the first half following a counter attack.

Swallows took the match to the hosts in search of an early goal. However, it was the home side which broke the deadlock through Mahlangu in the seventh minute.

Mahlangu sent in a grass cutter, which stretched Swallows goalkeeper Jody February before kissing the back of the net.

The goal didn’t dampen Swallows’ spirits as they continued to attack looking for an equaliser. But their efforts were not enough to result into goals.

The Dube Birds started the second half by taking the match to the Rockets, but still couldn’t get the desired outcome of their forays into the opponent’s territory.