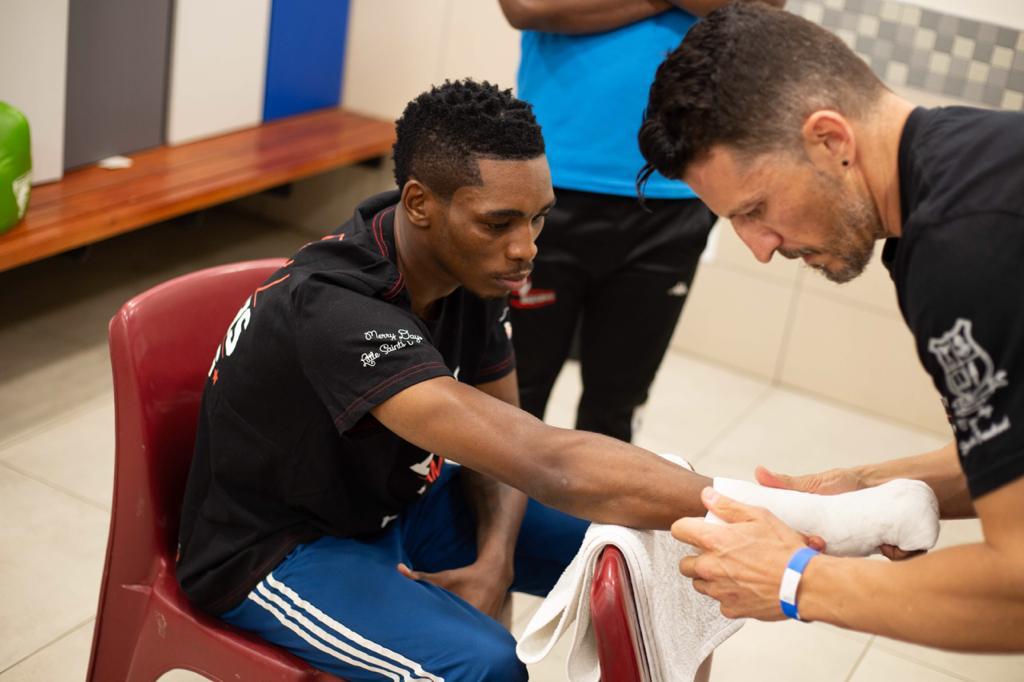 Mbenge and Skavynskyi are scheduled to fight for the World Boxing Council (WBC) Silver welterweight title. The duo’s fight was approved by the WBC at its congress last week.

“Yes, the fight is happening. I spoke to the people last night (Sunday),” Mbenge’s trainer Sean Smith confirmed on Monday.

Mbenge’s shootout against the 30-year-old Ukrainian is set for the KRK “Uralets” in Ekaterinburg on Saturday, 11 December. The tournament is going to be promoted by German Titov’s RCC Boxing Promotions.

The 30-year-old Mbenge is an erstwhile International Boxing Organisation (IBO) welterweight titlist with 18 victories (14 stoppages) and a loss while Skavynskiy has won all his 14 fights with seven of them being knockouts.

Rakhimov, a one-time IBO junior-lightweight holder, missed out on fighting for the International Boxing Federation (IBF) version because of injury.

Both Rakhimov and Oladosu are unbeaten with the Tajik having notched 15 wins with 12 knockouts and a draw while the Nigerian has stopped eight of his 16 victims.