‘COLD WINTER OR NOT, WE ARE HERE TO WIN’ – NJEKANYE 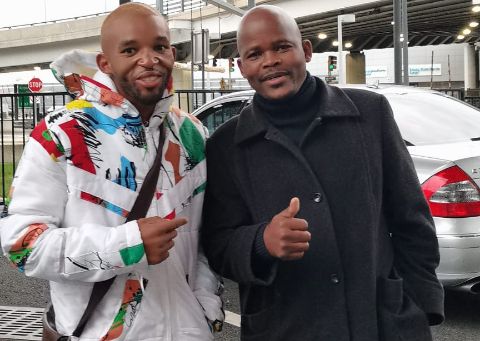 Mzamo ‘Chief’ Njekanye remains unfazed and is not even concerned about the cold American winter as he wants to fulfil his dream of producing a world champion.

Njekanye and his boxer Azinga ‘Golden Boy’ Fuzile are in the United States counting days before the former South African featherweight champion clashes with Kenichi Ogawa from Japan.

“We are yet to train here. It’s very cold because it’s winter. But that’s not a problem because we prepared ourselves for this,” Njekanye said from New York on Monday.

“We don’t mind the cold weather. We are here to fulfil a mission. We came here prepared and the winter season is not going to stop us from achieving our goal.”

This fight is a very important step in 25-year-old Fuzile’s career as he seeks to fulfil his dream of becoming a world champion.

Meanwhile, Ogawa once had the IBF junior-lightweight belt strapped around his waist after a spilt decision win over American Tevin Farmer in December 2017.

However, his joy of being a world champion was short-lived after the Nevada Athletic Commission changed the fight verdict to a no-contest. This was after it was discovered that the 33-year-old Ogawa, who was born in Toyohashi, Japan, had used a banned substance during his fight against Farmer.