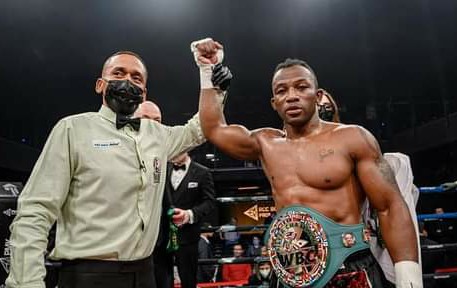 Johannesburg-based boxing trainer Sean Smith is praying that travel restrictions from South Africa to the United States would have been lifted by the time his boxer Thabiso Mchunu has to fly to America for his fight against world champion Ilunga Makabu in January.

US President Joe Biden announced last Friday that his country would restrict travel from South Africa, Botswana, Zimbabwe, Namibia, Lesotho, eSwatini, Mozambique and Malawi. This followed after the detection of the COVID-19 variant Omicron in South Africa and the seven other African countries last week.

“The fight is on the 29th of January. This is the real story I can tell you. We thank God that this fight is going to happen,” Smith, who trains Mchunu, said.

“However, we are worried about the logistics of getting visas. You know they have closed the borders. I don’t know what will happen even though I don’t think they will close the borders for more than eight weeks.”

Meanwhile, Smith is relieved as he was at his wits end after the WBC approved Mexican superstar Saul ‘Canelo’ Alvarez’s challenge to fight against Makabu.

Mchunu, 33, earned the right to challenge Makabu when he won the WBC Silver cruiserweight title after he beat 2016 Olympic gold medallist Evgeny Tishchenko from Russia at the RCC Boxing Academy in Ekaterinburg, Russia, in March.

On the other hand, the 34-year-old Makabu’s last fight was a technical knockout victory over US-based Nigerian Olanrewaju Durodola at the Studio Mama Angebi in Kinshasa, DRC, last December.